On Writing: An Introduction & Techniques — (Part 1 – How to Write Fantasy Fiction) 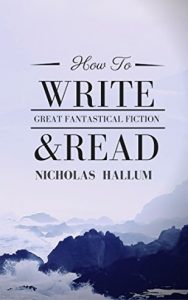 Strange things happen in books. Supernatural things are often described that can’t happen in real life, and yet these “fantastical” experiences provide some of the most startling insights available in literature. Think of the resonance of Kafka’s cockroach-man: turning into a bug is nothing if not supernatural. And what of the eerie disembodied voice calling out near the end of Jane Eyre? Mary Shelley’s unusual resurrection story—Frankenstein—also continues to resonate in our literary culture today. Add to your reading Shakespeare, whose magic-infused Tempest and Midsummer Night’s Dream are some of the most powerful works of drama on the stage. And in mentioning Shakespeare, we cannot ignore Hamlet, no doubt the most revered of his works. Hamlet, of course, is a supernatural ghost story—a ghost whose opening appearance and subsequent pronouncements are taken seriously by the title character. Strange things happen, indeed.

Yet why are supernatural events in fiction so often the liminal opening for deep insights and great literature? And why do some supernatural events in a story seem to rise above the clichéd idea of a mere spine-tingling “ghost story”? Critics have often wondered at the very use of the supernatural in literature. Why is it necessary or useful? And when confronted with writers who are acknowledged by all parties as “great,” these same critics wonder how some writers manage to use the supernatural, yet supersede that source material and create sublime heights of literary expression?

In fact, I think this question, as expressed, is looking through the wrong end of the lens. I would suggest that Shakespeare, Kafka, Mary Shelley and the Brontë sisters used fantastic fiction—and the supernatural—because by doing so, they were creating a text that was able to operate on multiple frequencies, telling one story while they were also speaking on a different register. Writers who use the fantastic choose to use this form because such “fantastic” moments open up new possibilities and new routes for narrative that could go beyond the “straight” story. Supernatural events, as Shakespeare and Mary Shelley demonstrate, are an indirect way of getting to deep truths which if stated obliquely on the page would not seem very interesting or artistically insightful. But through the lens of fantasy, they can be seen from a different angle and can resonate in new and startling ways.

Fantastic literature thus carries in it deeply felt metaphors for human experience. Explicitly “magical” plots usually conceal a secondary narrative that touches on universal human concerns. This dual voice in fantastic literature I find intriguing, and in my own work I am trying to create the same type of multivalent literature. In learning from masters of various fantastic forms of literature, I have identified several techniques that use the fantastic to communicate a profound literary narrative. These techniques include a) character-driven narratives, b) realistic grounding in the world of the novel, c) the withholding of details about the supernatural and d) descriptions of magic that emphasize implication, not explicit description. 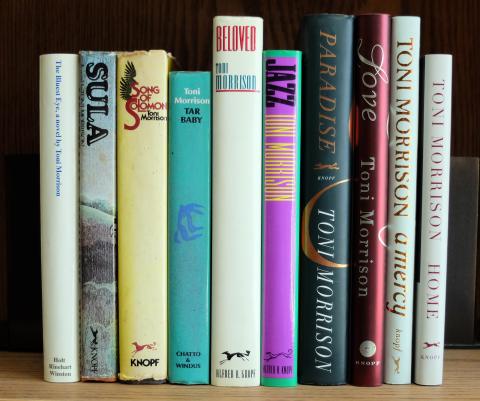 These techniques are often important to maintain the balance of a text that works on both levels, as both a fantastical story and an emotionally realistic narrative. To demonstrate these techniques at play, I’ve chosen examples from the works of Toni Morrison, Barbara Hambly, J.R.R. Tolkien, Tim Powers, and Susanne Clarke; I will also cite and describe counter-examples found in the work of other writers, and summarize my view of a multivalent literature of the fantastic by a detailed analysis of Cormac McCarthy’s masterwork of allegorical fiction The Road.

The goal of this essay is to illuminate the successful strategies used by writers who embrace these techniques to create powerfully multivalent narratives. Yet before we delve deep into the techniques in question, allow me first to clarify the terms of our discussion, and provide a scope around “fantastic literature” that is reasonable for the present endeavor.

What is the worth of calling one piece “fantastical literature” and another mere “literature”? What’s the difference? The obvious and proper approach to all literature should be to consider what it is doing for its readers, and what literary acts it is performing on the page, and in the minds of readers, rather than paying attention to what label the marketing department has slapped on the cover of the printed book. To cite two small examples, Gabriel Garcia Márquez and Margaret Atwood work under the guise of writing “literature,” yet the magical moments and emotions in their text become so strong, so overwhelming of the text, that they stretch out into a world that is not quite grounded in the constraints usually found in contemporary realist-oriented “literary fiction” such as the works of Raymond Carver, Edward P. Jones, or Alice Munro. The works of Atwood and Márquez use “magical” moments to make explicit points about the power of emotion, the motivations of characters, or the ideas behind the worlds they have created.

Given these literary experiences, I propose making no distinction between literature labeled by a publisher’s marketing department as “literary fiction,” “magical realism,” “fantasy,” “horror,” or “science fiction.” Of course, an approach that ignores “genre marketing labels” does require readers to stretch bookish boundaries a bit to allow “literary” novels such as Atwood’s The Handmaid’s Tale and Cormac McCarthy’s The Road to fit into the genre of “science-fiction.” If we insist on using labels for literature, this also means Gabriel García Márquez and Isabelle Allende may also fit into “fantasy” and most of Michael Chabon’s award-winning work may be called mystery or thriller or even “horror.” Other works, such as Mary Russell’s The Sparrow or Kurt Vonnegut’s Slaughterhouse Five, seem to begin at the other end of the spectrum, explicitly stating that they are “about” an otherworldly domain, yet really they contain deep commentary and insight into life-as-we-live-it, under the guise of being about nothing in our known world. But if we start by not looking at the label, but instead by asking what these books are doing to and for readers, then we can begin to dissect the techniques in order to see the deeper effects at play under the surface of the narratives.

Once our only calculus is based on what stories are actually “doing” to readers, it is reasonable to see a difference between “straight” literature and “fantastic” literature. A story that makes a leap into matters that could not occur in our “real” life is creating an explicitly multivalent narrative, and can thus be characterized as “fantastic.” “Straight” literature—or rather, literature that pretends to its audience that it is not on its face fantastic—attempts to produce a transcribed after-the-fact simulacrum of time and call it “realistic.” These works are implicit in their attempt at multivalency. Fantastic literature, in contrast, is explicit in its multivalency.

It is also important to note that multivalency is not constrained to “classics” of fantasy literature such as Shelley’s Frankenstein. One obvious example is the work of horror/fantasy genre master Anne Rice. Her first breakthrough novel Interview with the Vampire functions as a powerful metaphor for the experience of homosexuality, societal rejection and coming-to-terms with one’s nature. It is also a disturbing and deep commentary on death and life-after-death. What’s interesting is that, except for the title, the term “vampire” is rarely stated—it is instead subverted, under the surface of the story of self-abnegation, self-rejection, longings that are seen as depraved lust. 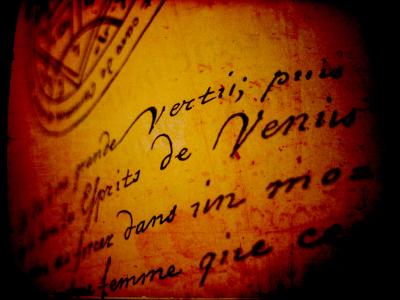 The careful reader will at this point have additional questions about the description of a text as “multivalent.” Where does multivalency begin? And where are the boundaries of a text’s multivalent content? Aren’t all texts multivalent?  I would argue that multivalent fiction ideally gives us several layers of incited meaning at the same time. The plot on the surface is merely one line of story—but that line of story must be convincing in itself, and cannot be subverted to a secondary reading. The secondary reading is a reading of the characters’ motivations and inner lives, and that secondary reading must be equally convincing. Perhaps there’s a plot to move us forward, but ideally there’s also a deeper meaning underneath. What’s interesting is that the most multivalent fantastical moments are grounded realistically—a technique that we can examine more closely by looking at books by Michael Chabon and Barbara Hambly.

MORE IN MY NEXT POST…. on Barbara Hambly and Michael Chabon…. > >