On Writing: All Topics Must Converge — (Part 6 – How to Write Fantasy Fiction)

One final example in a work of contemporary literature may serve to illuminate the power that can be found in combining all these techniques. A truly masterful writer finds no need to be explicit about anything, but instead spells out only the characters, their basic emotional motivations, the realistic cues of the setting they are in, and describes—only at the most basic level—what supernatural actions they might take as they strive to achieve their goals. A pertinent example can be found in Cormac McCarthy’s haunting novel The Road.

In many circles, McCarthy’s novel has been seen as a masterwork of apocalyptic realistic fiction. Yet the mysterious nature of the book and its frequent use of supernatural language call out for an other-worldly explanation. In fact, the novel’s title in an early draft was “The Grail,” a title that provides a hint of the great narrative arc in which a failing father embarks on a great quest to save his son, whom he imagines as a “chalice,” the symbolic vessel of divine healing in a kingdom suffering from a disastrous blight (McCarthy 64). In fact, at least one critic believes the destruction of The Road’s world must have “a supernatural cause” (Grindley 12). As Lydia Cooper points out in her estimable critique of the novel, the novel points to a mythological reality beyond the “straight story.” Throughout The Road, we find motifs of a Waste Land, a dying Fisher King, and a potentially unattainable healing balm in a holy fire and a Christological cup (Cooper 230). In all of these references, careful readers may see particularly pointed supernatural metaphors. These fantastic elements hint at supernatural allegory and mythological motif.

However, unlike Tolkien’s work, the overt quest is rarely named, and the need for salvation is only stated briefly and obliquely. The story carries the seeds of supernatural salvation in its heart, always implicitly and always without the need for an “info-dump” of scaffolding explanation. Nearly everything is withheld from the reader, and any hint of the supernatural must be discerned within the poetic and careful descriptions McCarthy provides to his readers.

As The Road opens, there is never an overt statement about what happened to land the main characters in their predicament. The story opens with these portentous lines: “When he woke in the woods in the dark and the cold of the night he’d reach out to touch the child sleeping beside him. Nights dark beyond darkness and the days more gray each one than what had gone before” (McCarthy 3). The apocalypse is upon them. Yet there is the possibility of supernatural help. After a description of night animals and dawn coming across a valley filled with blowing ash and smoke, the main character states in internal monologue: “He knew only that the child was his warrant… If he is not the word of God God never spoke” (McCarthy 5). This statement is for many pages the only mention of a salvific action or “magic” that may attend upon the child in his care, yet this mention of a possible miraculous “warrant” turns out to be the motivation for much of their long trip across the ruined countryside.

Furthermore, the actual events that led to the devastation across the apocalyptic landscape in which they travel are never explicitly stated. There is a description of “A long shear of light and then a series of low concussions,” followed by “a dull rose glow” (McCarthy 52). All of this implies—but never overtly states—some sort of cataclysmic intervention in the natural order, which could be anything from a nuclear bomb to a magical blast. A further explanation is never offered. Instead, the man recalls conversations from the past—in one such mention he states “We’re survivors,” followed by his wife contradicting him by saying “We’re not survivors. We’re the walking dead in a horror film” (McCarthy 55). For much of the book this description is an apt one, as the man and his son travel across a blasted terrible landscape full of horrors. 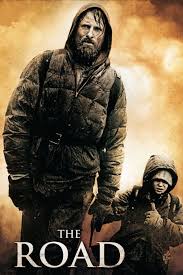 Many moments in The Road carry a double meaning, walking that tight-rope between both realism and magical activity. First, there is often an overt and literal meaning of activity—the man tells the boy that he must “carry the fire,” which in the context of this story means to keep an actual fire going, and bear with one the banked coals for the next morning’s flame. Yet this idea of “carrying the fire” repeatedly takes on a double meaning of hope and possible magic. Notably, near the end of the novel, the boy finally encounters another “good” human being, and he asks this new character repeatedly—as a test of humanity—whether or not he is, in fact, “carrying the fire” (McCarthy 283). The new character deflects this inquiry, stating that the boy is “a little weirded out,” which is a further implicit signal that the question goes beyond a literal fire into a matter of metaphysics and potential supernatural activity.

The story itself asks questions about if and how the human project may be preserved. But the secondary story asks other questions as well, about the role of the supernatural in our world, and our ability to find meaning in that other reality. All during the forward momentum across the countryside, they are haunted by supernatural possibilities. The idea of a “God called moment” rises repeatedly in the story. Near the end of the novel, the man is confronted once more, on a distant beach, by what he feels God has called him to do. He hears something speaking to him: “A sound without cognate… something imponderable shifting out there in the dark” which speaks to him, and which makes him ask questions like these: “What time of year? What age the child?… What will you say?” (McCarthy 261). These strange questions are asked of the man by himself—or by some never-named other voice—throughout the novel, leading to a double-voiced sense of mission that becomes a motivating factor for the man’s insistence that the boy should live.

Finally, the man’s questions to the larger disembodied voice in his head seem to resolve just before his death with these critical lines of hope: “Goodness will find the little boy. It always has. It will again” (McCarthy 261). This idea of “Goodness” is a never-named supernatural possibility in the story. When the idea of some greater “Goodness” is coupled with the Christological idea of “carrying the (holy) fire,” any careful reader begins to feel an overriding sense of hope in the midst of this darkly despairing narrative. Of course, this sense of hope finds resolution in the story itself through the survival of the boy in the hands of someone who has children himself, and thus is one of the “good guys.” The magic of hope brings the universe of this story to completeness.

McCarthy accomplishes all of this without once explicitly naming his main characters, naming the situation they are in, or overtly mentioning the supernatural possibilities inherent in his narrative. Every possibility of the supernatural in The Road is mysterious and evanescent: all these elements at play together conspire to create a superlative narrative experience.

The insight into fictive techniques gained by the analysis of the works of masters such as Toni Morrison, Barbara Hambly, and Cormac McCarthy is useful to me only insomuch as it can be applied to my own writing. I have written historical fiction and contemporary fiction—stories set in particularly grounded places that I can actually visit and experience. Now that I am working in narratives that are “ungrounded” by the constraints of our present reality and our historical context, questions of intent, metaphorical content, and the uses of enchantment or the fantastic are often on my mind. Why is magic necessary to a story? How does one evoke a metaphor through fantastic means and not make it hackneyed or trite? Can supernatural images add to a story’s depth, rather than distracting the reader from the story’s characters?

My recent work in the novel-in-formation Wilderness of Mirrors attempts to combine both deeply researched historical knowledge about the Middle East, China, the War on Terror, and the history of the CIA with a fantastic and otherworldly story about Chinese spirits of the air—known as tian-long—and their possible (fictive) interactions with human beings. Like Marquez and Chabon, I hope to use the fantastic elements in this fiction to add a depth of insight into the emotional lives of my main characters, and give readers a new and different perspective. I do believe that fantastic literature can communicate profound metaphors for human experience, and I intend my use of magic in this novel to provide access to those metaphors. In the end, my desire is to produce a literature which is truly multivalent and goes beyond typical “spy” or “supernatural” writing into the kinds of haunting territory charted for us by Thomas Pynchon and Philip K. Dick.

As we’ve seen in Beloved and The Road, the supernatural can indeed be very powerful in a story, but it is most potent when it is spoken of in whispers and in subtext—rarely overtly and seldom with the need for any kind of explicit explanation. The power of a character-driven narrative can have a greater import when magic has a cost. Supernatural acts that take place can also have more power when their presence is grounded in a realistic sensory experience: if we see, hear and taste what is happening, then we believe it could be real. Finally, when important moments of magic are withheld, we also find the implications may lead us into readings that have the deeper flavor of allegory and mythology, instead of merely plot-driven fantasy. Use of these techniques in my own work will, I hope, enable me to create a literature that communicates on multiple registers, singing to my readers of both the world they live in and the possibilities of worlds beyond.