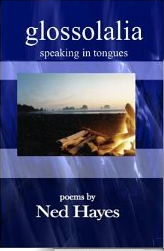 (died October 1989, Alaska, age fourteen)
Like woken beasts we staggered awkward through the snow
You might have cried, the strain showing in your cheekbones and
big eyes, when we prayed over your mother         But you might have
watched the ropes lowering the first coffin and wondered

The right side of yours was heavier; we faltered under wooden weight
Had you piled gold coins as loot under the lid, or chosen secret
stones to hide there, stolen from Matanuska salmon runs?

Maybe the good shoes were too tight or the boy scout medals superfluous and
you laid them against the side to wait till you could get out and test the
snow with bare feet           I think you took a perverse pleasure in the box
slipping, one corner on the rope, while we stood there, sweating and
pulling, our feet cold in the sludge and frosted loam

But all you wanted was to be down, like the time you jumped from the
Slackmeyer’s Big Pine and broke your little toe, in spite of the ladder

You were looking up at the circle of faces, shouting “yes, yes” when the clods
of earth were finally tossed to fall wet and dark and wonderful dirt against the snow,
covering two white boxes in moist loose earth           You love the smell of
roots and wild things underneath the ground unfrozen now many months later,
and you are cupping the wriggling earthworms and the curious beetles in
your hand and hoping they will try to escape (you can catch them then)

Nothing good is quiet in the spring and you are listening to the
brambles and stretching out to hold the rustle of thistles that can sting
a dog’s nose           The smell of full fresh underground is rich, like that old
mine shaft we found at Keewatin or the dug-out with the log ceiling where
you slept alone all summer while we were inside the house

You’d walk in covered with dew and pine needles in the morning          And I still expect you
to come in and tell your sister “look what I found while I was buried!”
and hold up yellow knucklebones all on a string with an old watch still ticking,
your treasure, like gold unearthed in a wood box as the pirate lights dim out.