The Tempest at Olympia’s Port Plaza: Announcing Cast and Crew

The Tempest is happy to announce the following cast and crew.

The Tempest is happy to announce the following cast and crew. 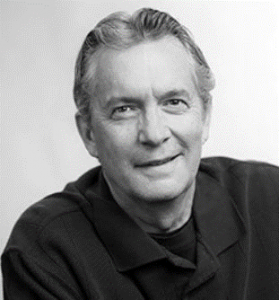 PROSPERO Brian Tyrrell
Tyrrell earned his MFA in Theatre from Purdue University. Brian recently retired from Centralia College where he taught/directed for 25 years. He’s the recipient of the Gold Medallion from the Kennedy Center/American College Theatre Festival for years of service to the Northwest Drama Conference. He’s the co-founder of the Northwest Playwright’s Alliance at the Seattle Repertory Theatre and has acted as an assistant director at the 5th Avenue Theater in Seattle. As an actor his work has been seen at The Oregon Shakespeare Festival, the Alabama Shakespeare Festival and on tour with the National Shakespeare Company in New York. 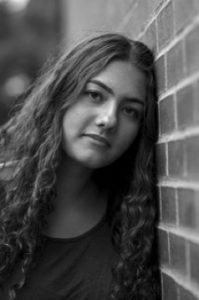 Kate Anders attended Roosevelt University’s Chicago College of Performing Arts, working towards a B.F.A. degree in Acting. She recently returned from Sofia, Bulgaria, where she assisted in teaching acting classes at the Anglo American School of Sofia. Kate was last seen as Sophie in Sophie at Tacoma Little Theatre in May. Other favorite performance credits include: Summer and Smoke, Thirteen, Romeo and Juliet (Juliet), Noises Off (Brooke), Chamber Music (Woman in Aviatrix) and The Rise and Rise of Daniel Rocket (Alice). Kate is an Olympia native and is pleased to be part of this special production. She would like to thank her incredibly supportive family for their endless encouragement in all of her endeavors. 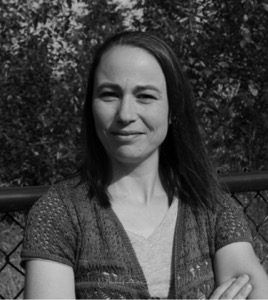 Silva has experience both on and off the stage. You may have most recently seen her on stage playing “Sally Talley” in Olympia Little Theater’s (OLT’s) 2018 production of Talley’s Folly directed by Jim Patrick. These days she spends the majority of her time behind the scenes. She recently stage managed OLT’s 2019 production of Clockwork directed by Robert McConkey, designed sound for OLT’s Christmas production of A Christmas Story and Olympia Family Theater’s production of A Hundred Dresses directed by Samantha Chandler. She is honored to have the opportunity to challenge her skills by diving into this watery adventure and invites you to join the castaways on our shipwrecked Island. 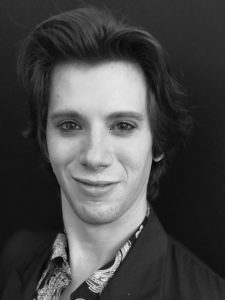 Sharp is a residual resident of the PNW after graduating with a BA in Acting and Theatre Education from Western Washington University in 2012. His love for theatre brought him on tour that same year for a production of Evil Dead: The Musical but now around Olympia, you can find him educating youth and performing the art of Drag. This young actor hopes to spread his love for the arts with the many faces around the world and hopefully get the chance to talk about the harder things in life out loud. His recent roles include Leaf Coneybear (SRO), Jack/Estragon/Juliet (OLT) and Romeo/Iago (SPSCC). He would like to thank the undying support from family and friends. 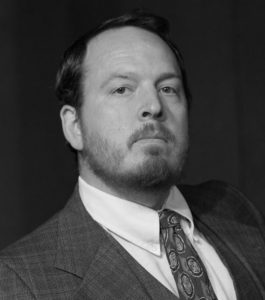 Drew Doyle is pleased as punch to be a part of The Tempest this summer. He moved to the Olympia area from California a little over three years ago. He studied theatre at Pomona College and at the Royal Academy of Dramatic Arts in London. Recent credits include Merry Wives of Windsor, The Winter’s Tale, and Much Ado About Nothing all with Animal Fire Theatre as well as Bunbury, Communicating Doors, and Silent Sky all with Olympia Little Theatre. He can regularly be seen at Olympia Family Theatre in their Let’s Play daytime series as Humpty Dumpty, The Big Bad Wolf, or Cindirella’s Ugly Stepsister (among others). As always, He would like to thank his wife Paige for anything and everything. 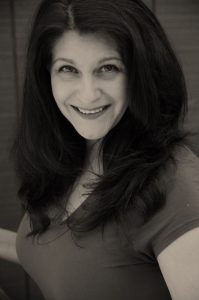 Heather has participated in a number of theatrical productions in and around the Olympia area. Recent favorites include John Colton Sumer in Men on Boats, Poopay in Communicating Doors, Annie Jump Cannon in Silent Sky, Wren Robin in Five Lesbians Eating a Quiche, and Rebecca Marshall in Playhouse Creatures. Heather also teaches Pilates (www.perennialpilates.com), entertains children as a member of Olympia Family Theater’s daytime and touring programs, and fakes a lot of injuries and illnesses as a standardized patient. 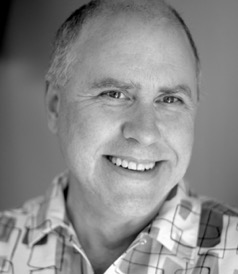 Serembe was seen locally at Harlequin in The Art of Racing In The Rain, The 39 Steps, Mr. Mushnick in Little Shop of Horrors, Brack in Hedda Gabler, , and in two Stardusts as the Great Zabatino and Gordy. Other local roles include; Scrooge in Tiny Tim’s Christmas Carol at OFT, O’Brien in 1984 and Kevin in The Head that Wouldn’t Die (TAO). Shakespearean roles in Los Angeles include; Dogberry in Much Ado About Nothing, Toby Belch in Twelfth Night and Bottom in A Midsummer Night’s Dream among others, and 10 years with Nevada Shakespeare in Las Vegas, in roles including Claudius in Hamlet, Falstaff in The Merry Wives of Windsor, Capulet in Romeo and Juliet, Prospero in The Tempest. He’s made brief appearances in L.A. in Cheers, Scrubs, The Young and the Restless and others. 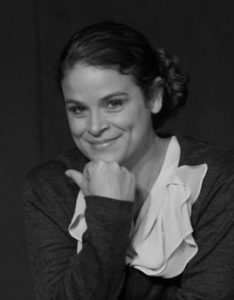 Paige Doyle also appeared in another outdoor Shakespeare production this year as Mistress Page in Animal Fire Theatre Company’s production of Merry Wives of Windsor, and last summer she was Hermione in A Winter’s Tale, also with AFT. She has appeared in Silent Sky and Men on Boats at Olympia Little Theater, and was in The Mousetrap at SRO. Before that she appeared in several productions with Antaeus Theater Company in Los Angeles, including King Lear and Peace in Our Time, and in the web series The Sanctum. She is thankful for the unwavering support of her husband (Drew) and parents (aka babysitters) and the slightly wavering patience of her children. 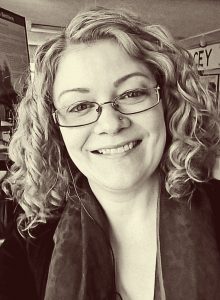 Quinn Valcho has performed in numerous productions in Olympia and Colorado. Favorite roles include Lotty Wilton in Enchanted April, Williamina Fleming in Silent Sky and Annie Sullivan in the Miracle Worker. Most recently, she was in Flora & Ulysses with Olympia Family Theater. She has been the Museum Curator at the Lacey Museum for almost 6 years. 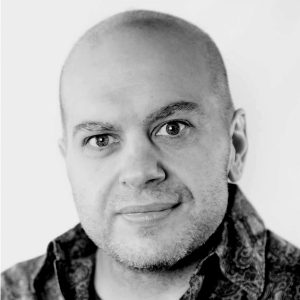 Carvajal is the editor of OLY ARTS and a longtime writer for The Weekly Volcano. His four published books include local bestseller Lightfall and last summer’s C Is for Collection. His work as a playwright has been produced in four states, the most recent being 3 Impossible Questions at Olympia Family Theater. Favorite stage appearances include Clockwork (alongside his wife, Amanda Stevens), Communicating Doors, Hamlet, Tartuffe and The Pillowman at Tacoma Little Theatre, which recently competed at AACT’s national community-theater finals in Gettysburg, Pennsylvania. 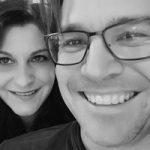 Christopher is a technical director, actor and director whose work has appeared on stage at Harlequin, Olympia Little Theater and Theatre Artists Olympia. His credits for direction include Boston Marriage, Playhouse Creatures and Wonder of the World. He has also appeared as an actor in The Head that Wouldn’t Die, Anastasia, Macbeth and Seven Ways to Get There, and most recently Bunbury at OLT. 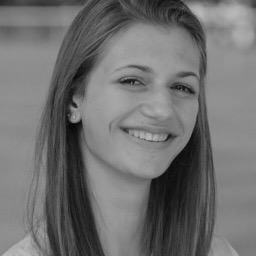 Bethany Sullivan just finished her junior year at Tumwater High School and has been acting for two years now. Her most memorable roles have been Helena in A Midsummer Night’s Dream and a narrator in The Wind in the Willows. Outside of theatre, you can find Bethany writing stories, correcting other people’s grammar, or spending time with — you guessed it — her theatre friends. 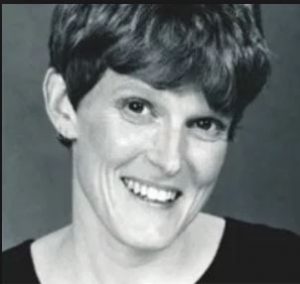 Playwright, director and actor, Ayers has appeared in multiple national and international tours. She was the co-founder of the Indianapolis Children’s Theatre and has created educational theater programs in prisons, museums and theaters in multiple locations nationwide. Her plays have appeared on over 300 stages across the nation, and La Casa Azul, her musical based on the life of Frida Kahlo, recently was showcased in a national premiere. Ms. Ayers ran the Theater Program at the Indiana Women’s Prison for 10 years, studied at the Goodman Theatre School, and graduated from Columbia (Directing). The Tempest production is overjoyed to have Ayers as director.

Christopher is a technical director, actor and director whose work has appeared on stage at Harlequin, Olympia Little Theater and Theatre Artists Olympia. His credits for direction include Boston Marriage, Playhouse Creatures and Wonder of the World. He has also appeared as an actor in The Head that Wouldn’t Die, Anastasia, Macbeth and Seven Ways to Get There, and most recently Bunbury at OLT 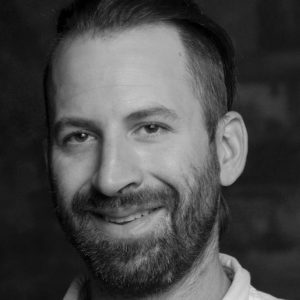 Samland is an experienced technical and stage management professional. He has worked at a variety of theaters in the Pacific Northwest, including Harlequin Productions, Lakewood Playhouse, Prodigal Sun Productions, Olympia Little Theater, St. Martin’s University and Book-It Repertory Theatre in Seattle and many other theatrical venues. Samland was co-founder of Working Class Theatre NW in Tacoma, which performed groundbreaking works by David Mamet and Cormac McCarthy. 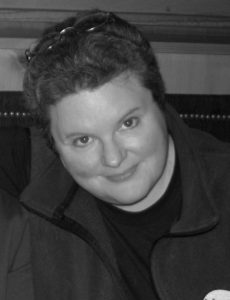 Kris has worked as a Stage Manager in Olympia since 1997. Her most recent work includes Go, Dog Go! and Tiny Tim’s Christmas Carol (Olympia Family Theater); Mary Poppins the Musical (Olympia School District Foundation); and The Rocky Horror Show (Broadway Olympia). Other credits include Silent Sky (Olympia Little Theater), King John and Two Gentlemen of Verona (Animal Fire Theater); and Next to Normal, Capital Playhouse. By day Kris works as a Title Officer for Chicago Title Company. She asks you to hang onto your hats as the weather starts getting rough, and our tiny ship gets tossed. If not for the courage of the fearless crew ….

The artwork on our poster was designed by Olympia artist Becky Knold.

Sponsors of this summer’s The Tempest production include local businesses and local arts publications.

We are happy to announce sponsorship by OLY ARTS.

The production is also sponsored by Republic Services. 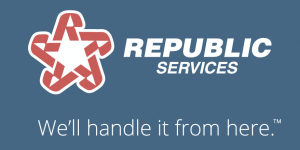 PARTNERS
We are happy to support the great Shakespearean performances of the ANIMAL FIRE THEATRE COMPANY. Their performance of “Merry Wives of Windsor” will take place in July 2019, and we encourage all of our supporters to see this wonderful production. More about Animal Fire here.