Publishing in an Era of Change 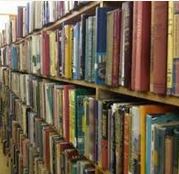 I have a publisher. I like my publisher, although they are smaller than the Big 5 publishers. We get along pretty well, and I’ve appreciated their work on my novel Sinful Folk, which has received great publicity from my publisher’s marketing department.

I’ve also self-published other material under the name Nicholas Hallum, and I’ve enjoyed that experience of working on material that I entirely control.

However, in this era of increasing chaos and change in publishing, it’s interesting to see some people — like publishing veterans Mike Shatzkin and Aaron Shepherd — fundamentally misunderstand the mind-set of the many authors (both traditionally published and indie-published) who signed the largest petition ever signed by a single group of authors (8,000 and still counting).

Fundamentally, I think most authors see themselves as a group united in their obectives of A) Making a living at writing, B) Telling a story to interested readers.

The world that currently exists in publishing — mostly comprised of the Big 5 — is enormously unfair to authors and is antithetical to both of the stated goals above.

Authors who some see as “attacking” publishers are asking for the rights of all authors — as a profession — to accomplish their goals.

Authors as a group — a profession — are finally feeling their power and are trending toward a unity against contracts and policies that will hinder their shared goals as a profession.

If you are a plumber, you tend to like things good for plumbers as a profession. The same is true for writers.

If you are a writer, you’ll tend to like the self-publishing clarity of monthly payments, control over rights, etc. — those writers who don’t like those things will be perceived as “scabs.”

That’s exactly the position Authors United is putting itself in right now.

“There has grown up in the minds of certain groups in this country the notion that because a man or corporation has made a profit out of the public for a number of years, the government and the courts are charged with the duty of guaranteeing such profit in the future, even in the face of changing circumstances and contrary to public interest. This strange doctrine is not supported by statute or common law. Neither individuals nor corporations have any right to come into court and ask that the clock of history be stopped, or turned back.”