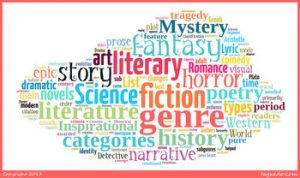 In grad school for English literature (the first time around), I had a professor who had written an entire book on genre. Not “genre” as we typically think of it — that silly label for writing that isn’t characterized as high-art “literature” (like science-fiction and fantasy). She was instead writing about the technical definition of “genre” itself, which means the characteristics of a work that can associate any work with other works of writing. At the time, I thought this was absurd — to write an entire book about the very idea of “genre” itself. But now that I’ve been writing novels for nearly 20 years, I see what an important topic this idea of “genre” is, and why it matters to the working writer.

As I discuss my work-in-progress with other writers and interested readers, the more I realize what a crucial role knowledge of a genre plays in a writer’s mind. Before I go further in this conversation, let’s make sure we know what we’re talking about when we talk about genre.

The genre of any work of fiction is the basic underlying form or function that the work fulfills: genre defines the rules of the game. If you’re playing chess, you’re going to do fundamentally different things than if you’re playing basketball or baseball. I need to know what game I’m playing in order to play the game at all — much less to play it well. Genre defines the basic rules of the game for any piece of writing.

Some simple examples are the differences between poetry and prose, or the differences between a mystery and a romance. For example, a piece of work that is rhymed, published in short stanzas and concerns itself with metaphorical description over straightforward storytelling is a poem, while the same set of words, re-arranged to be non-rhyming and telling a story that uses fewer metaphors to tell a straightforward story with a recognizable beginning, middle and end is called a prose story.

By the same token, if you’re writing a romance novel, you’re going to do fundamentally different things than if you’re writing a mystery novel or a literary novel. None of these things are bad things to write: yet all of them carry specific rules with them that constrain what you can do, how you can do it, and how far you can go with your work. 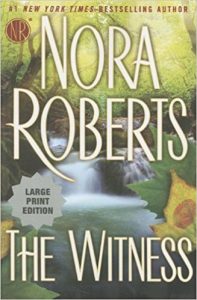 Things get more complicated, as you move between one type of poem or story and another. Is a mystery novel with romance primarily a mystery or a romance? J.D. Robb is a mastery at combining genres: so is her novel The Witness a romance or a mystery? By the same token, is a fast-moving action novel with horrific scenes in it primarily a thriller or a horror novel?

The distinction can be found in what predominates in a manuscript or story. If the romance is the preeminent element of a story, it’s a romance, regardless of other elements that are interpolated throughout the story. By the same token, if the psychological and visceral elements that make a good horror novel resonate in the reader are the predominant elements, then a book is a horror novel regardless of what else is happening in the book.

What do we talk about when we talk about genre? To start with, unless we understand the genre we’re working within, we miscommunicate. If I’m trying to write a children’s fantasy book, there are constraints and rules around this genre. If I’m trying to write a mystery, there are also rules. You can play with the rules, and even violate the rules, but you must notify the reader that you’re intentionally doing so, or you look like just a dumb writer who can’t play the game very well. 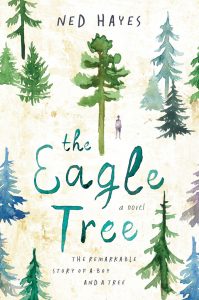 Now what’s really interesting about genre is that you can play within a genre, but most readers won’t even realize you’re working with that genre on a conscious level. Yet because you’re fulfilling the requirements of the genre, they’re still satisfied by how you’ve built the story. I’d argue, for example, that my novel The Eagle Tree is a romance. The way it is a romance is that the entire story focuses on one person (March Wong’s) love for and obsession with a tree. The romance is between a boy and a tree. Within the romance convention, a writer starts with the love interest early in the story (I begin this romance on page 1) and then most of the novel is concerned with the obstacles that emerge between the two lovers, to separate them (this is also true of The Eagle Tree). But the idea of critical importance in romance — the thing that make a romance a romance — is that there must be consummation. The lovers must finally come together in some meaningful way. And I also carefully adhered to this genre convention — (spoiler!) — as my main character manages to climb the tree he loves by the end of the book. If I’d broken the romance rules in this novel, my readers might have felt cheated, even if they did not consciously realize they were reading a romance. 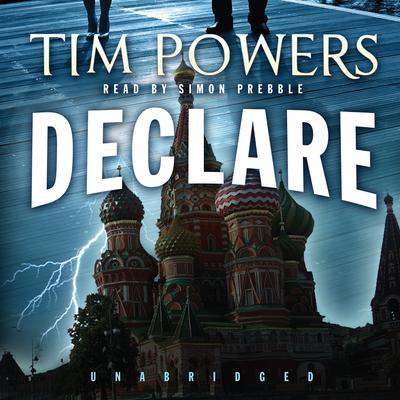 Tim Power’s grand and world-spanning novel DECLARE is a great example of a true master combining genres. In DECLARE, Powers combines elements of an espionage-driven spy thriller with fantasy. The book is both a spy thriller and a horrific, sorcerous story of magical hijinks that reach across a century of secret warfare.

Yet at the core, this interesting novel doesn’t work unless it is fulfilling all the rules of the spy thriller. A secret mission needs to be fulfilled. espionage action needs to take place, action needs to include uncovering and/or killing enemy agents, there need to be compartmentalized cells that fight against each other: and in the end, all the action needs to have world-shaking consequences for the secret agency that is funding their activities. And in the modern age of John Le Carre novels, the entire aura has to be one of moral ambiguity and ethical gray zones. All these things happen in DECLARE, and this solid fulfillment of genre expectations are fundamentally why DECLARE is so successful as a novel. 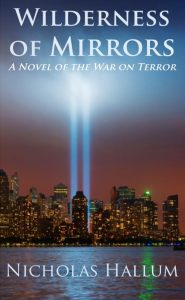 The sorcery is secondary. DECLARE needs to be tightly adhering to a single genre before Powers can interpolate other elements on top of that primary genre structure. (I’ve learned this truth to my chagrin in attempting to undertaken a similar type of magic trick in my forthcoming novel Wilderness of Mirrors.)

A recent writerly conversation brought this question of genre to the forefront, when I realized that the writer I was talking to was fundamentally unfamiliar with the genre I was writing in, and therefore was suggesting elements that didn’t fit the genre at all. (As a side note, this is part of why writers must be readers first and foremost — you’ve got to know your genre intimately to understand how the rules work and how to play within and around those rules.)

If someone thinks I’m trying to write in the genre of “literary fiction” (which is a weird little sub-genre that fundamentally doesn’t sell very well, but has a lot of prestige), when I’m really trying to write a straightforward noir mystery, then our discussion of what the novel should be will proceed upon mutually exclusive, mutually misunderstood tracks. A “literary” novel is not a “noir mystery” novel: the two can share many elements, but they are not precisely the same thing in all aspects. And this is the interesting problem with writing fiction — you have to be aware of the rules and the overlaps in order to play the game well. If you are playing on the tune of one genre, and you slip in a beat or a chord from another genre, that’s very cool — but only if you clearly know what you’re doing. If it feels at all happenstance or slipshod to the reader, then the reader feels cheated and uncertain. The reader stops trusting the writer, and at that point, all is lost.