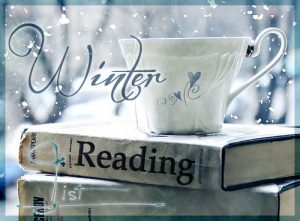 (received this for Christmas — a couple spoilers inline here)

Neil Gaiman’s Marvel 1602 re-creates the Marvel universe as it might have been if it wasn’t born in 1950s America, but instead in Elizabethan England. I found 1602 to embody all the pleasurable characteristics of a good graphic novel — as Gaiman writes in his afterward, it was designed to be the perfect “comic book” to read on a long summer day, and really lose yourself in an alternate world.

I’m a big Dr. Strange fan, and it was also nice to see his occultic powers front and center in the story — featured alongside Nick Fury, as only Gaiman could do him justice.

One of the greatest pleasures of the book is that uncanny and exciting moment of recognition when you espy an old Marvel hero or villain in seventeenth century garb, and living a very different life that occasionally has nothing to do with their heroic life in our time. Examples include Daredevil Matthew 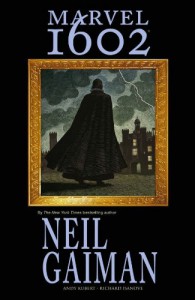 Murdoch as a blind bard singing songs of the four lost heroes that sailed the ship Fantastick to a strange where they gained strange powers and then were lost forever (this is a red herring, as it turns out that Count Otto Von Doom has them prisoner of course, in his castle). Then there’s Sir Nicholas Fury who manages Queen Elizabeth’s spy network and disbelieves in occultic powers and yet has a grudgingly respectful relationship with a bald, crippled man by the name of Carlos Javier, who is gathering together those “cursed” to be “witchbreed” at a secret school. A young man named Peter Parque has not yet discovered any powers… but he is fascinated by spiders, while King James has a capable assistant named Bruce Banner who schemes to make the world a better place, and at the end of the novel encounters some gamma rays. And there’s a native American, with blond hair, who has superior powers. Meanwhile, there is a powerful Inquisitor who seems to have powers over metal…. but I say too much.

As I write this, I realize that in the hands of a lesser writer, all of these references and alternate histories might seem just too “cute” to be read or believed.

However, Gaiman is no common comic book writer, and his ability to stitch together myth, story, and historical research creates a stunning masterwork, that is only enlivened by one’s knowledge of the Marvel universe.

Gaiman weaves together these disparate origin and historical stories into a seamless, perfectly plotted whole and makes it hum like a tightly tuned engine.

As another reviewer pointed out, Gaimain really does resurrect the fun I’m sure readers had in the 60s reading and watching as Lee, Ditko, and Kirby brought these icons to life the first time around.

The art is also incredibly complementary to Gaimain’s storyline, with beautiful scratchboard covers and digital “painting” that echoes the classic painting techniques of the 17th century.