The Ghost Stories of Charles Dickens 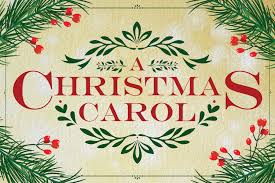 The holiday season sees a million variations on Charles Dickens’s classic A Christmas Carol, yet this marvelous supernatural tale all too often overshadows the ghostly echoes that permeate Dickens’s entire oeuvre. Here’s a brief overview.

In John Irving’s book of personal essays, Saving Piggy Sneed,[1] he describes living with the Great Royal Circus in northwest India.[2] One evening, after a circus performance, he was surprised to see children entranced by a televised version of Dickens’s A Christmas Carol. These Hindu children didn’t celebrate Christmas, yet they knew the story well – it was “their favorite ghost story.”

We think of A Christmas Carol as the preeminent story of the holidays, but at heart, it’s a ghost story. Dickens told us this fact in his little preface:

I have endeavored, in this Ghostly little book, to raise the ghost of an idea [in] my readers… may it haunt their houses pleasantly.

Christmas Carol is not Dickens’s only eerie tale. In fact, Charles Dickens grew up with ghost stories and he told them everywhere. He told talked of the supernatural as an integral part of the engine that drove his storytelling. “Dickens’s celebration of ghosts,” writes Irving, “…is but a small part of the author’s abiding faith in the innocence and magic of childhood.” For those of us who know Dickens well, ghosts seem to be ever present.

Ghosts first appear in Pickwick Papers, Dickens’s episodic novel. This early book features Mr. Pickwick, Alfred Jingle, Serjeant Buzfuz, Sammer, The Fat Boy, Mr. Winkle and more (doesn’t Dickens have marvelous character names? They’re better than anything in the Simpsons). Embedded in Pickwick Papers is a story called ‘The Lawyer & the Ghost’. There are also multiple tales told by The One-Eyed Bagman – first is ‘The Queer Chair’, about a wayfarer haunted by unusual furniture, and then there’s ‘The Ghosts of the Mail,’ a story of a mail coach carrying unearthly passengers.

More ghostly tales haunt later sections of the Pickwick Papers. ‘A Madman’s Manuscript’ takes us into the insane realm of a man haunted by spectral presences (this psychological horror story would be right at home alongside John Langan’s or Laird Barron’s current work). And the last of the ghost stories in Pickwick points at the future: ‘The Story of the Goblins Who Stole a Sexton’ focuses on a miserly character on Christmas Eve who is woken from his curmudgeonly ways by a supernatural figure. The seeds of Scrooge were planted early! 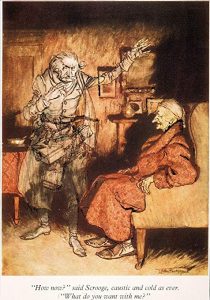 Nicholas Nickleby, Dickens’s third novel, also includes a pair of ghost stories. ‘The Five Sisters’ is a sad fable, while ‘Baron Koeldwethout’s Apparition’ is funny and entertaining during an otherwise slow part of the novel.

In 1843, after Nicholas Nickleby was published, the idea of Christmas Carol came to Dickens in a flash and he scribbled it down in a frenzy. Christmas Carol combines the best of Dickens. It is not merely a ghost story, but also a comedic tale (like Pickwick) and a redemptive parable (like Nickleby or later, Oliver Twist) G.K. Chesterton, years later, summed up the appeal of the story: “A Christmas Carol is a happy story because it describes an abrupt and dramatic change… the story owes much of its hilarity to the fact of it being a tale of winter and of a very wintry winter. There is much about comfort in the story; yet the comfort is never enervating.”

After the success of Christmas Carol, Dickens kept writing Christmas-themed pieces, but it took 5 more years until he returned to ghosts. In 1848, he delivered The Haunted Man for the holidays. In this tale, a man named Redlaw is haunted by his past and again faces new decisions about his future. Redlaw is reminiscent of Scrooge, but the story doesn’t have the soft focus of Christmas Carol – there’s a harder and more malevolent edge to the ghostly visitation, and a sense of fear appropriate to a truly horrific paranormal story.

Yet Dickens never succumbed to the foreboding that haunted his characters. By 1850, he produced A Child’s Dream of a Star, the story of a girl ascended to heaven as an angel, who awaits the arrival of her brother. Many readers think this story gives insight into Dickens’s own childhood, specifically to his happy days at St. Mary’s, when he was lifted briefly out of deprivation. In the Dickensian, Walter Dexter mentions that “In A Child’s Dream of a Star, [Dickens] refers very touchingly to those days… From an upper window on one side of the house, the Church and Churchyard of St. Mary’s were visible, just as described in this charming story.”[3]

That same year Dickens also produced a short piece called A Christmas Tree, in which he writes about the different types of ghosts one might encounter during the winter season.[4] Other ghostly apparitions emerge in Dickens’ library of work, most published in magazines he edited. Those stories include ‘To Be Read at Dusk,’ ‘The Ghost Chamber’ (which Dickens himself described as “wild”) and ‘The Haunted House.’ 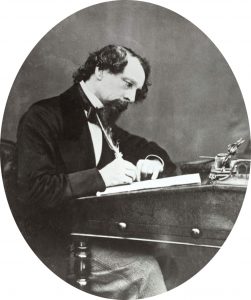 Following this period, Dickens wrote two “serious” novels – Great Expectations and Our Mutual Friend. But he followed up that literary heavy lifting with two quick short ghost stories – ‘Trial for Murder’ and ‘The Signal-Man.’ The first one is a fantastic atmospheric piece about a man on a jury who is haunted by the murdered man. It’s also interesting to note that the second one – ‘Signal-Man’ – was thought by many readers to have been based on a real apparition, one which made the headlines for years in the United Kingdom. There are many other ghostly stories that have been variously attributed to Dickens, but the final haunting novel that Dickens claimed as his own was his “spooky” and unfinished last work, The Mystery of Edwin Drood.[5]

Over the years, I’ve loved reading deeply of Dickens’s oeuvre. It’s amusing and encouraging to realize that such a venerated novelist enjoyed his “childish” ghost stories. In our world today, Dickens would probably be considered a “genre” novelist because he enjoys three things that aren’t found in most of today’s ‘literary’ fiction — broad caricature, a sense of hopefulness (what we’d call ‘sentimentality’ today), and of course, those voices-from-beyond-the-grave that permeate his work. Dickens’s work is full of spooky happenings. His ability to see beyond the mundane and see the inspiration in the ghostly is what makes him such a universally loved storyteller.

[1] All book links in this Ned Note are to the World Catalog Public Library. Get your Dickens books at the library!

[2] Irving was in India doing research for his 1994 novel Son of the Circus.

[3]  See Peter Haining’s introduction to The Complete Ghost Stories of Charles Dickens for the exact citation.

[4] A Christmas Tree was published in Household Words, the magazine Dickens edited for many years.

[5] Dan Simmons’s novel Drood was my Christmas read a few seasons ago. Simmons novel is a marvelous tale of spooky happenings and obsessions in Dickens’s own life, narrated by his rival and friend Wilkie Collins. Drood tries to explain the sequence of events that may have inspired Dickens’s last work.